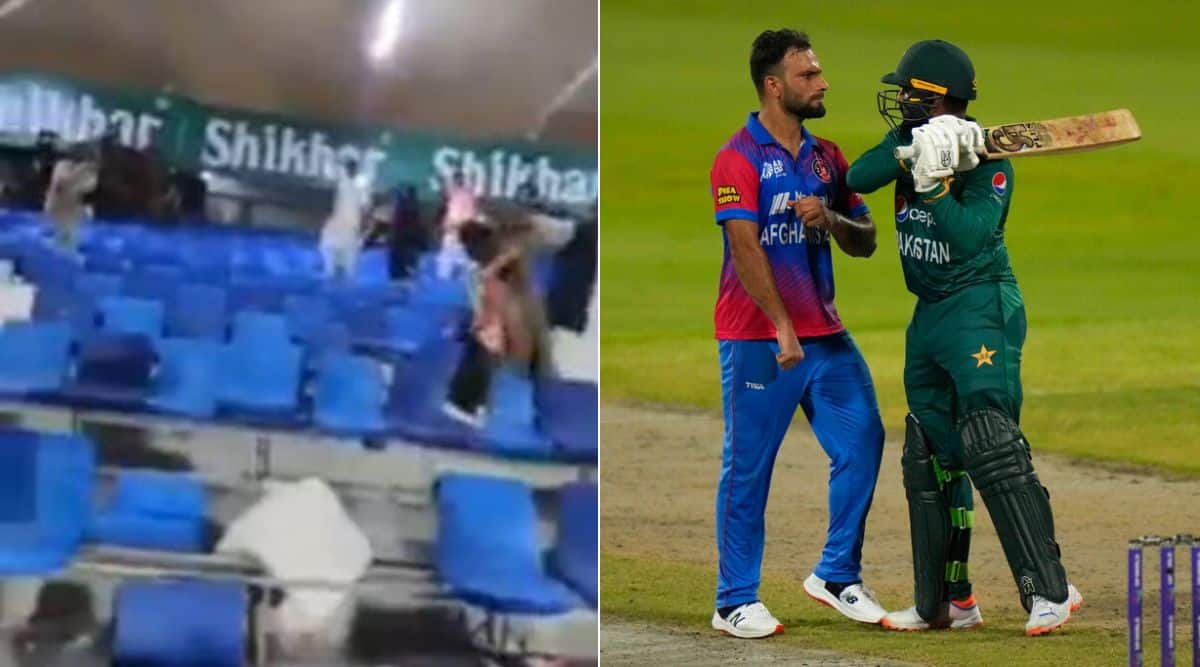 Social media is flooded with visuals of Pakistan and Afghanistan fans abusing, taunting and mocking each other inside the Sharjah stadium after the Asia Cup game on Wednesday night. Videos of the riots-like situation have surfaced where fans from both sides can be seen indulging in violence and damaging Sharjah Stadium. Accusing Afghan fans of the violence, former Pakistan speedster Shoaib Akhtar took to Twitter and wrote, “This is what Afghan fans are doing. This is what they’ve done in the past multiple times. This is a game and its supposed to be played and taken in the right spirit.”

This is what Afghan fans are doing. This is what they’ve done in the past multiple times.This is a game and its supposed to be played and taken in the right spirit.@ShafiqStanikzai your crowd & your players both need to learn a few things if you guys want to grow in the sport. pic.twitter.com/rg57D0c7t8

Tempers flared toward the end when fast bowler Fareed Khan reduced Pakistan to 118-9 in the 19th over by having Asif Ali (16) dismissed. Both players exchanged words as Asif raised his bat close to Fareed’s face and they pushed each other before Afghanistan players rushed to separate the two.

Pakistan’s number 10 batter Naseem Shah smashed back-to-back sixes in the last over against Afghanistan for a one-wicket victory that sets up the Asia Cup final against Sri Lanka. Needing 11 off the last over and only one wicket in hand, Shah hit consecutive sixes off fast bowler Fazalhaq Farooqi’s two low full tosses to take Pakistan to 131-9. A jubilant Shah threw away his helmet and batting gloves while sprinting toward the dressing room once his last hit sailed over long off and his teammates also rushed onto the field to celebrate the breathtaking win.