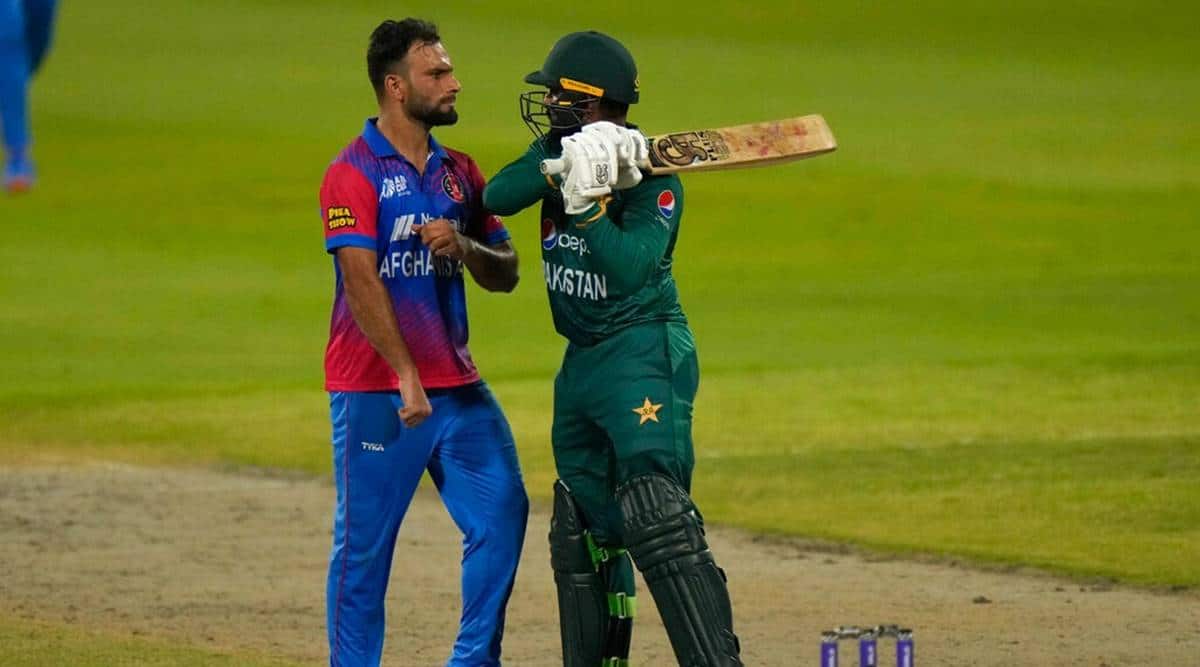 Tempers flared up in Sharjah during the tense match between Pakistan and Afghanistan on Wednesday. This was after Afghan seamer Fareed Ahmed had a mouthful to utter to Pakistan batter, Asif Ali, as a send-off during the penultimate over of the match.

However, in the heat of the moment, Ali came very close to hitting the Afghanistani bowler with the willow in hand.

When Ali was walking back to the dugout, Fareed found himself right in the path of Asif as he pumped his fist and roared. Clearly unimpressed with how close the bowler had come and celebrating right in front of his face, Asif stood and glared. Fareed didn’t budge. He stared back. Asif then shoved him off, and Fareed still kept staring. Asif then raised his bat as if he would strike, triggering memories of Javed Miandad and Dennis Lillee and in some ways, this was even more dangerous.

Thankfully umpires and the Afghan players swooped in to defuse the situation.

Even though the Afghans lost the game, Fareed vs Asif Ali will be giffed, talked, memed, and remain long in the memory.

Meanwhile, Pakistan beat Afghanistan by one wicket in their final Super 4 match of the Asia Cup on Wednesday. The result meant that India and Afghanistan are out of reckoning for the final to be played on Sunday as they are winless from two matches. With four points each, Pakistan and Sri Lanka qualified for the title clash.