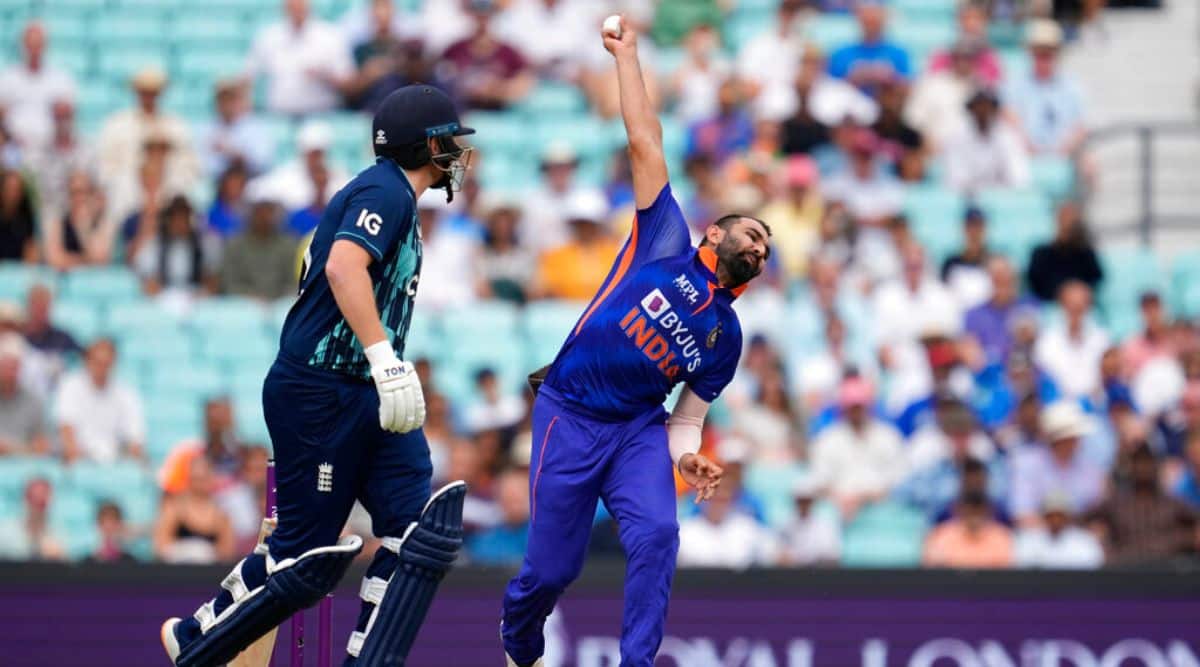 The 15-member India squad for the T20 World Cup starting October 16 has a notable exclusion – Mohammed Shami. The senior fast bowler has been kept as a stand-by despite India’s death-overs travails at the recent Asia Cup.

Shami hasn’t been picked in the shortest format since the T20 World Cup last year, although he will feature in the home T20I series against Australia and South Africa. The Chetan Sharma-led selection committee chose to toe the conventional line, ignoring the lively Australian pitches.

The squad has four specialist batsmen in captain Rohit Sharma, vice-captain KL Rahul, former captain Virat Kohli and Suryakumar Yadav. Rishabh Pant and Dinesh Karthik are the two wicketkeeper-batsmen, while Hardik Pandya and Harshal Patel are the seam-bowling all-rounders. Deepak Hooda and Axar Patel, picked in place of the injured Ravindra Jadeja, are the spin-all-rounders, with Ravichandran Ashwin and Yuzvendra Chahal bolstering the department. Jasprit Bumrah and Bhuvneshwar Kumar are the two senior fast bowlers, along with young Arshdeep Singh, who impressed enough with his death-overs bowling at the Asia Cup to be on board the flight to Australia.

One title 🏆
One goal 🎯
Our squad 💪🏻#TeamIndia | #T20WorldCup pic.twitter.com/Dw9fWinHYQ

Over the last one year, experimentation and rotation became the name of the game as far as India’s T20I squad was concerned. The Asia Cup squad, however, gave an idea of what was to follow at the T20 World Cup. And despite the debacle in the desert – a Super Four exit – the selectors have opted for consistency.

The squad selection was basically the easier part. Picking the playing XI, which is down to the team management, would be tougher. Who will open with Rohit? As Kohli broke his century drought against Afghanistan at the Asia Cup, he looked very comfortable opening the innings. He does it regularly in the IPL and whenever he has opened for India in the shortest format, the former skipper has contributed handsomely. In fact, his average opening the innings is 57.14, a significant upgrade on his career T20I average of 51.94.

But there’s a catch; KL Rahul is an established opener who likes to pace his innings. Here are a couple of recent examples: In the group league fixture against Hong Kong in the Asia Cup, Rahul laboured to a 20-ball 16 after six overs, as India scored 44/1 in the Powerplay. Against Sri Lanka in the Super Four game, he scored six off seven deliveries. India play an outdated brand of T20 cricket – a reason for their failures in multi-nation events of late – compared to world champions Australia and gung-ho England. Rahul’s batting at times contributes to the team’s downfall even if he scores runs.

By naming him the vice-captain, the selectors, however, have sort of insulated him from being dropped and he is all but certain to open the innings, with Kohli at No. 3.

After India’s final game at the Asia Cup, on the heels of Kohli’s hundred, Rahul was asked whether the ex-skipper should continue opening the innings. Rahul’s reply was sharp: “So, what do you want me to do; sit out?”

Amid all the experiments, the team management missed a trick by not promoting Pant up the order; his innovative stroke-play can take full advantage of field restrictions in the first six overs. As things stand, the left-hander will bat at No. 5, while Karthik will be the designated finisher.

It needs to be seen if the decision to not include Shami works well or backfires. Kumar lost the plot at the death against Pakistan and Sri Lanka in the Asia Cup and Arshdeep, irrespective of his performance in UAE, is a spring chicken. The T20 World Cup is a much bigger stage and death-overs batting specialists will ask tougher questions. India might miss Shami’s skill and experience.

“When you need to win, you got to prepare better. I think the selection could have been better, especially for the fast bowlers. You know the conditions here. There’s not much in it for the spinner. I was quite surprised that you came here with just four fast bowlers (including Hardik). You needed that extra one; someone like Mohammed Shami sitting at home and cooling his heels baffles me. After the IPL he had, for him not to be able to make the cut is… Obviously, I’m seeing something different,” former India team head coach Ravi Shastri had lambasted team selection on Star Sports after India’s Asia Cup exit.

India will be under a lot of pressure at this World Cup. Over the last one year, they have suffered a group-stage T20 World Cup exit, Test and limited-overs series losses in South Africa, defeat in a one-off Test in England and a slip-up at the Asia Cup. Rohit and his troops can’t afford to fail in Australia.