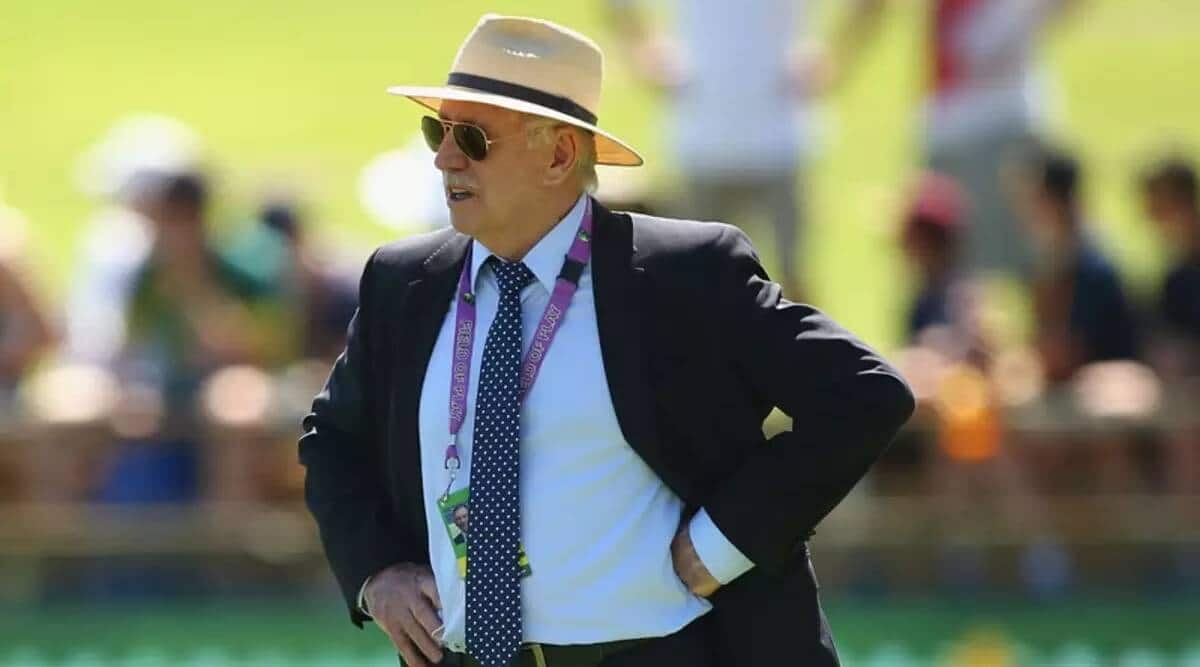 Tributes poured in from around the world cricket fraternity as Ian Chappell decided to put the mic on the table and call it quits for his four-and-a-half decade long career in commentary.

Chappell was part of the fantastic four that included Richie Benaud, Tony Greig and Bill Lawry, forming one of the most renowned commentary panels in the game’s history of Channel Nine.

The 78-year old was known for speaking his heart out on matters pertaining to the game and not shying away from pulling his punches with the microphone in his hand and cricket in his eyes.

Never pulled a punch, told it as it is, never talked down to anyone, wonderful professional & my role model for broadcasting work ethic. The great #IanChappell thinks it is time to retire from broadcasting. Was a privilege to work with him & I hope that proud voice is always heard

One need not go far in the memory lane to recall an instance. In early 2021 during the Australia-India Test series, when the Tim Paine was fined for swearing at an umpire over a DRS decision, Chappell backed the then Australia captain and called the ‘a load of rubbish’.

“I disagree with the system in many, many ways.”

Chappell, a former player himself, had said that the reviews, a fundamental element of the modern game, should be taken out of the hands of the players.

Australia lose a review trying to prize out Pujara. Another fantastic decision by the umpire #AUSvIND pic.twitter.com/k1coiuhI1W

“One of the first things you’re taught as a kid … was that ‘the umpire is always right. And that was probably the first thing I was told. You don’t argue with the umpire.”

It didn’t matter even if you were the first to score 10000 Test runs. During one of the Test matches on the recent India tours of Australia, Chappell gently ribbed Sunil Gavaskar in the ABC commentary box to provide the audience with a reason to stay tuned in.

🎙️❤️ A few memorable moments in the ABC commentary box from recent summers, with our mate Chappelli!

Ian Chappell has retired from commentary after almost half a century behind the microphone.

It wasn’t just the cricketers and the laws that garnered the Australian’s undivided attention and not held back view. Back in 2014, during the India tour of England, the commentator had suggested that pitch curators needed to be punished for bad pitches.

“That (Trent Bridge) wasn’t a good surface for players to showcase their talent,” Chappell had told PTI. “I hope we are not going to see more of this. If the curator produces more of bad pitches then sack him. If he produces good pitches and home sides keep losing – guess what, go and find better players.”

“The good pitch also exposes the weaknesses of the players, which is good for the game. It also gives an opportunity for the selectors to look for better players. If anybody does not do well – he will be found out and he is gone,” he said.

My idol, my mentor, the greatest blessing I have had as commentator was the company of Ian Chappell the commentator. Happy retirement Chappelli!