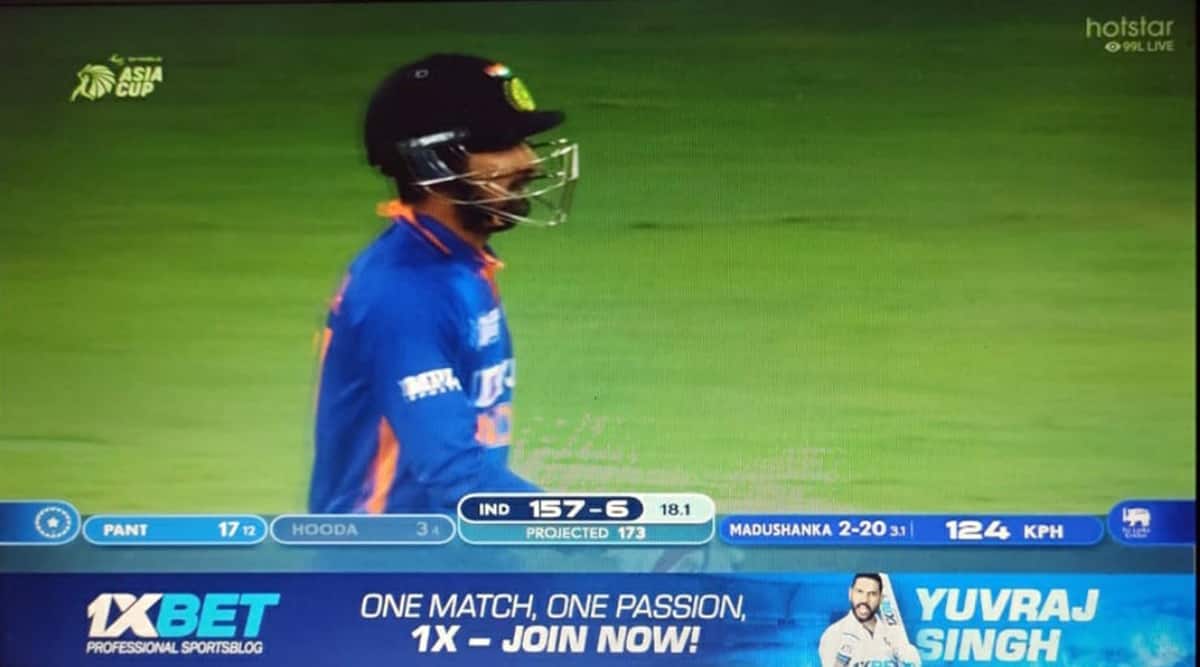 During key moments of the Asia Cup tournament that concluded on Sunday, the image of Yuvraj Singh — dressed in whites, pumping his fists, flashing a wide smile and holding a bat — would flash on the screens.

The former India cricketer was, on paper, promoting a ‘professional sportsblog’, 1xBet. In reality, however, 1xBet is a controversial offshore betting website.

Also, in June this year, Norwegian football magazine Josimar reported that 1xBet, one of the biggest sponsors in football, was “declared bankrupt in the Caribbean island of Curacao, where the company has a licence that allows it to offer bets around the world”.

Now, the same platform is trying to gain a foothold in India. Operating under the banner of a ‘professional sportsblog’ to circumvent the rules, it has launched a marketing blitzkrieg, which, Indian regulators said, could be in ‘potential violation’ of the country’s laws.

And it’s not just 1xBet. Another betting website, FairPlay, too, has been on an advertising overdrive during the Asia Cup and the US Open, in an attempt to lure new customers.

With gambling and betting illegal in India, these platforms set up sports news websites, which offer match predictions and tips, to aid them in surrogate advertising. Yuvraj is one of the ambassadors of 1xBet’s sportsblog, while actor Ranbir Kapoor and boxer Mary Kom, among others, endorse the news portal of FairPlay.

In June this year, the Information and Broadcasting Ministry issued an advisory to print, electronic and digital media to refrain from advertising online betting platforms.

“The advertisements of online betting are misleading, and do not appear to be in strict conformity with the Consumer Protection Act 2019, Advertising Code under the Cable Television Networks Regulation Act, 1995, and advertisement norms under the Norms of Journalistic Conduct laid down by the Press Council of India under the Press Council Act, 1978,” the ministry had said in a statement.

Manisha Kapoor, the CEO and secretary general of the Advertising Standards Council of India (ASCI) told The Indian Express that this is a matter for “judiciary and states to look into”.

“The ads mentioned are in potential violation of the Indian government’s law rather than ASCI’s code. This is a matter for the judiciary and states to look into in the interest of consumer protection and is beyond the purview of ASCI,” Kapoor said. “Having said that, we support the government at all times in monitoring such ads when asked for.”

Yet, the issue continues to go unchecked. Over the last few years, especially during and post the pandemic, betting companies – through direct or surrogate ways – have been openly and increasingly advertising on leading streaming services, including Hotstar and SonyLIV, during live sports events, most notably cricket matches.

When contacted, Hotstar, SonyLIV, the Board of Control for Cricket in India, Yuvraj Singh and 1xBet did not respond. FairPlay could not be reached for comment.

To place bets on these offshore websites, users have to first create an account by sharing their personal details. In the case of 1xBet, the text message for the One-Time Password required to register is delivered in Russian. Once logged in, users can place bets on domestic and international matches in sports ranging from cricket, kabaddi, volleyball, football, table tennis, basketball and tennis, among others.

The website offers multiple payment options for users based out of India, including e-wallets, cryptocurrencies, bank transfers and bank cards. Curiously, while making UPI transfers, instead of making the payment directly to 1xBet, the registered ID belongs to a private individual and it routinely keeps changing. Users are given a unique reference code to validate the transactions and the money is deposited in the betting account through a third party within an hour, rather than instantaneously.

Additionally, these websites – registered in tax havens like Curacao and Cyprus – put the onus of figuring out the legalities of online betting on the user. “When opening an account and/or using our Website you must make sure that your actions are legal in the territory in which you reside. You also guarantee and agree that you have received legal advice before registering on our Website,” the terms and conditions published on 1xBet stated, adding that it is illegal in countries like “the USA, the United Kingdom, Cyprus, the Netherlands, etc.”

All these countries have banned 1xBet, founded in Russia in 2007, for violating their betting and gambling laws. According to Spanish daily AS, the company has also been fined in countries like Kenya, Poland, Israel, and the Netherlands.

The company, though, continues to sponsor two of the biggest football clubs – Barcelona and Paris Saint-Germain. However, it cannot be legally accessed in both Spain and France.

In India, 1xBet and FairPlay are the latest in a string of betting companies flooding the illegal market. Apart from advertising on TV and streaming sites, several offshore websites such as Dafabet and Parimatch have entered into sponsorship agreements, through surrogate ways, with teams that play in the domestic leagues in sports like cricket, football and kabaddi.